Permission to swallow
by Joel Howard 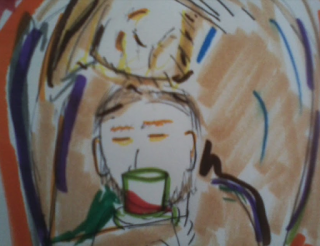 "Permission", mixed media sketch by Joel Howard, 4"x6" on acid free paper
I was sitting in church yesterday when I received a vision. In the vision I was being held in the arms of the Father or of Jesus and he was giving me a cup to drink. He was weeping over me as the Father would have wept for joy upon the return of the prodigal son.  In the picture I was weary and sitting and the Father, in between sobs, was whispering to me, "I love you, son."  As I prayed about the picture I knew that this cup was the cup of His will for my life, as discussed in Henri Nouwen's Can You Drink the Cup? (Ave Maria Press, 1996) and Mark 10:38-39: "The cup that I drink you will drink..." (ESV). In the picture the Father and Jesus were giving me permission to swallow and to drink the cup he has laid out for my life.
Labels: Artwork Henri Nouwen Past Prophecy Visions 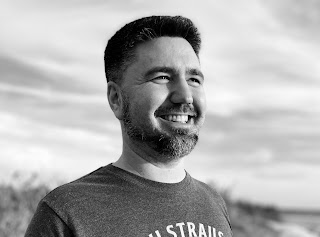 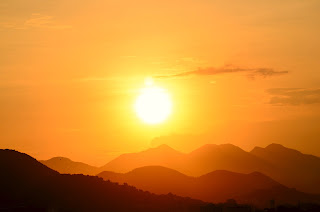 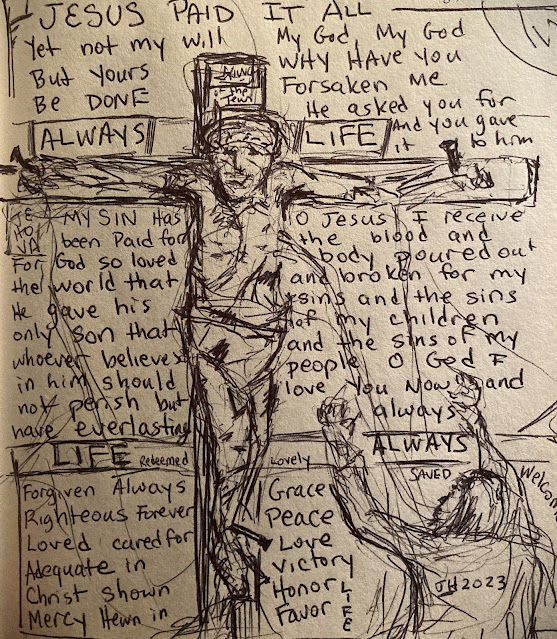 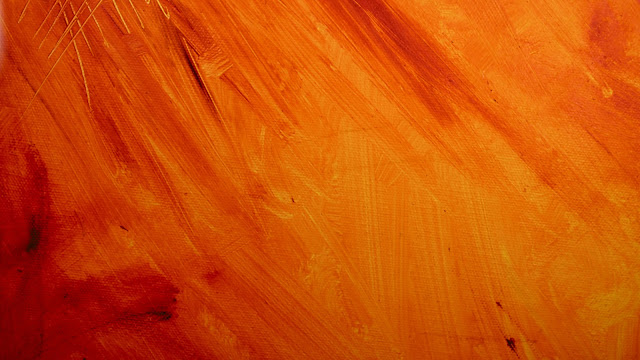 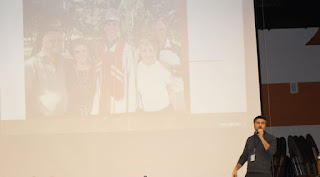